The Temple of Literature

The symbol of knowledge, Vietnamese education, is the first university in Vietnam. 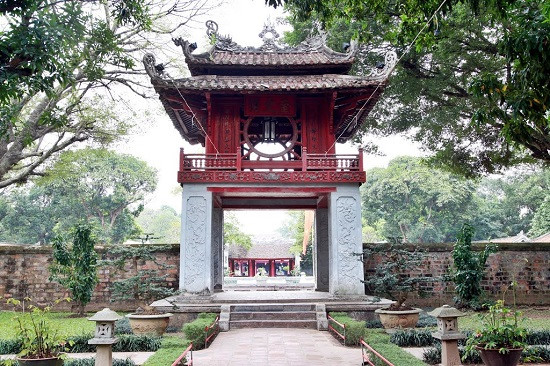 It was found in 1075 by King Ly Nhan Tong as a school for the crown prince and expanded the following year to admit sons of the mandarin aristocracy chosen by the king. It was later opened to a wider spectrum of society through an examination system that provided the theoretical possibility of social mobility based on merit.

Classes were held in two houses along the sides of what is now the fifth courtyard of the Van Mieu. The yard also held six dormitory house, each a row of 25 rooms, with two students to a room. Besides, there was a print shop for school texts. At the time, the school and temple were closely integrated. 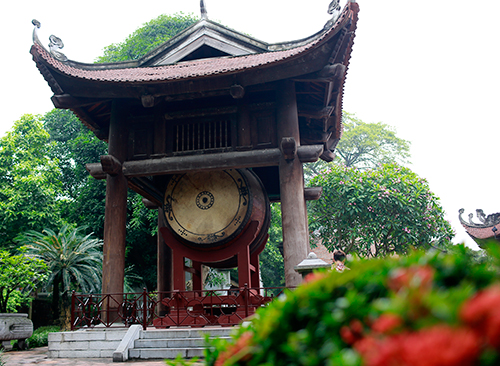 Studying at the Imperial Academy

Requirements for admission varied over the centuries. The selection was at first by royal appointment, later by examination. The first was simply required to know how to write Chinese characters. Later, prospective students were required to have a cu nhan or bachelor’s degree from one of the provincial schools.

Students of all ages studied together. Although a decree issued in 1185 set the lower age limit at 15, there was no upper limit. The length of the course of study varied, depending on the interval between royal examinations. While examinations were usually given every three years, on occasion they were held as long as seven years apart.

The instruction was based on mastering the four Confucian classical texts on ethics and literature and the five Pre-Confucian classics. Students learned to write poetry, commentaries to texts, and other literary forms.

Classes met four times a month for university entrants, and twice a month for more advanced students. Between classes, the student would work on writing assignments and submit them to the teacher. During class, those compositions marked “ excellent” or “good” would be read aloud for other students to use as models.

Modern Vietnamese critics of this form of education object to its focus on memorization, its lack of attention to practical learning and its neglect of Vietnamese history in favour of foreign history and culture. They speak of its irrelevance, of “sitting on the bridge in Do and talking about the land of Moc”.

At the same time, those who put this education to the service of their nation are revered for their dedication and brilliance. A fourteenth-century scholar, whose name has come to be devotion to learning and country is Chu Van An. Rector of the Quoc Tu Gia for 40 years, he is its only teacher honoured with an altar at the Van Mieu. The poem of his that follows gives a sense of the refined style aspired to by the education of the times.