Ben Thanh market is one of the busiest local markets where you’ll have the opportunity to enjoy famous Vietnamese foods and shopping for lovely souvenirs. 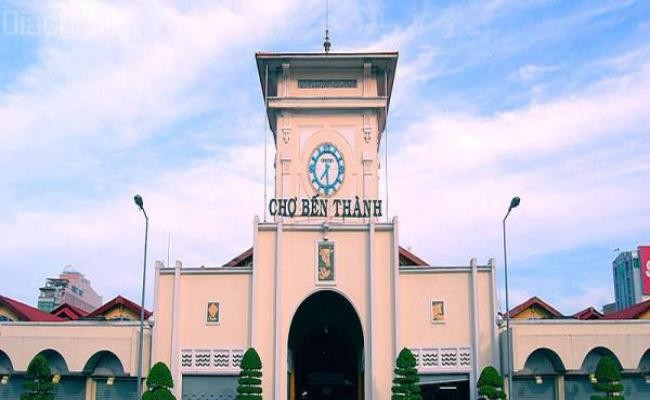 Located in the downtown area, Ben Thanh Market is a familiar image for many Vietnamese and tourists coming to this city not only a symbol of  Ho Chi Minh city but also the typical historical witness of a young and dynamic city.

By the time of the Anti-French resistance war, the market was located in the banks of the Ben Nghe River, serving travellers and soldiers entering the city and it was called the name: Ben Thanh. The most prominent symbol of the market is the clock image at the south door like the Big Ben clock in London. 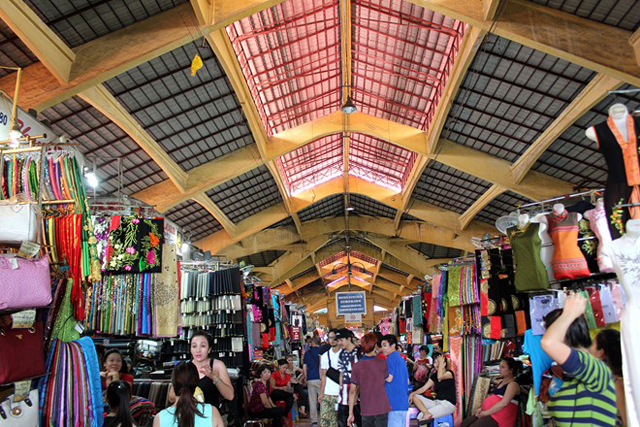 What can be found here

The market has more than 1600 stalls, wholesale and retail of all kinds of goods, from daily food items to luxury goods. The market opens from 4 am in the North area with high-quality fresh fruits and food stalls, providing for families, restaurants and big restaurants in the city. Until 8 am - 9 am, the stalls at the three main gates, East, West, South, the auxiliary doors simultaneously open to welcome visitors from all over. From the entrances to the centre of the market, there is a bustling shopping scene everywhere. The centre area has seven large halls and six small halls arranged on either side and dense stalls were always crowded with people coming in and out, crowded in the aisles. 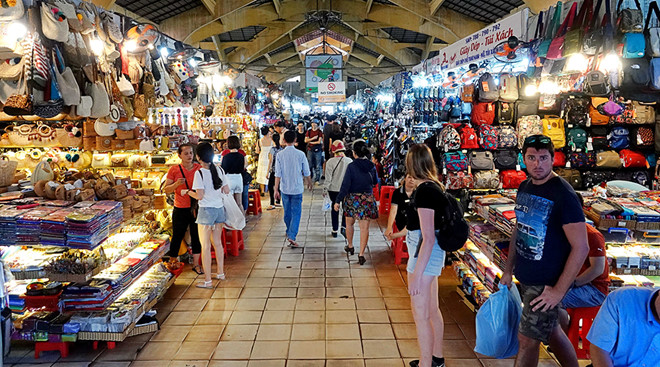 The small businesses in Ben Thanh market today no longer bear the image of hard-working, suffered women like before but they are real businessmen. They are young, beautiful, fashionable and especially fluent in foreign languages, from English, Chinese, Japanese, Korean, French, German ... and even Cambodian. The fact that the shopkeeper speaks two or three foreign languages fluently is not new at Ben Thanh market. According to a market manager, more than 80-90% of the sales staff of clothes, cosmetics, brocade, a souvenir can speak at least two or more foreign languages.

Ben Thanh Market is ranked 15th among the 45 markets with the best cuisine in the world by USA Today. Besides, the famous Food and Wine food magazine voted Ben Thanh as one of the 19 most attractive street food destinations on the planet.