This system was dug by the Viet Minh and the National Liberation Front of South Vietnam during the Indochina War and the Vietnam War. The tunnel system consists of infirmaries, many rooms, kitchens, storages, offices, underground tunnel system with 250 km long and ventilation systems at the bushes. 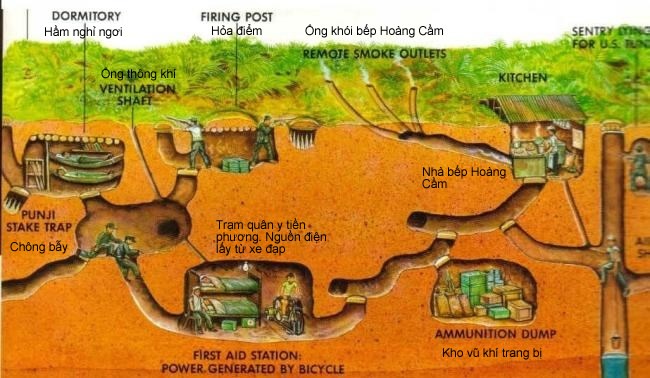 The underground tunnel is from 3 to 8 meters deep, just enough for one’s crawling. The first tunnel at the edge of the forest has an underground well that provides water for the living activities of this whole area. The tunnel system includes three floors with separately numerous short and long branches, even running to the Saigon River. The upper layer was 3m deep from the ground floor, the middle one was about 6m while the bottom floor had a depth of 12 m from the ground. The way up and down among tunnels is secretly arranged and camouflaged by hatches so that they look like part of their surroundings. 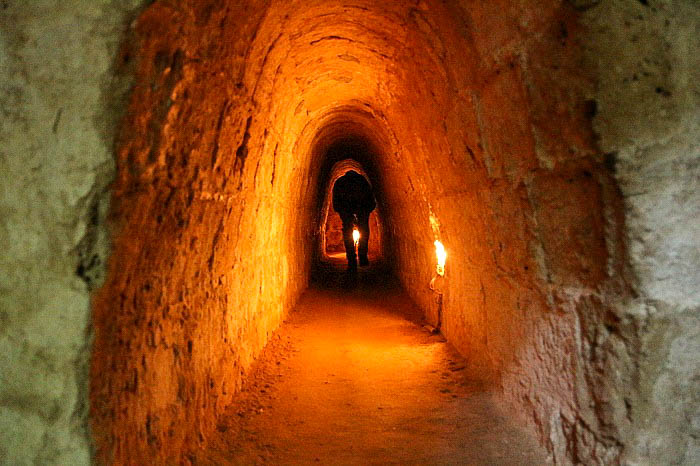 The US military constantly attacked the tunnel system with all methods: bombs, pumping water into the tunnels, asphyxiation ... however, the tunnel system was designed to be partially isolated, it was not damaged much. The US military has implemented many measures to detect the entrance (disguised) and the detection of ventilation (usually placed between the bushes). The most effective method is to use military dogs. Initially, a number of inlets and vent holes were found because they could smell people.  After that, people put American soap in the hatches and vents so that the dogs could not detect them.

During the war against the US, Cu Chi Tunnels was a great disappointment, a difficult question for the US army and the Republic of Vietnam army although the United States has tried to detect and invade the tunnel in many ways, all efforts have failed.