Halong Bay is known not only as a natural heritage site recognized by UNESCO but also a famous natural wonder in the world.

With a large number of spectacular landscapes, the diverse flora and fauna of archaeological and geological significance, Halong bay is one of Vietnam’s most famous places for foreign tourists. Halong Bay located in the west of Gulf of Tonkin is about 170 km far away from Hanoi or taking three and haft hours by car. Halong Bay consists of 2 bay: Lan Ha and Bai Tu Long bay. 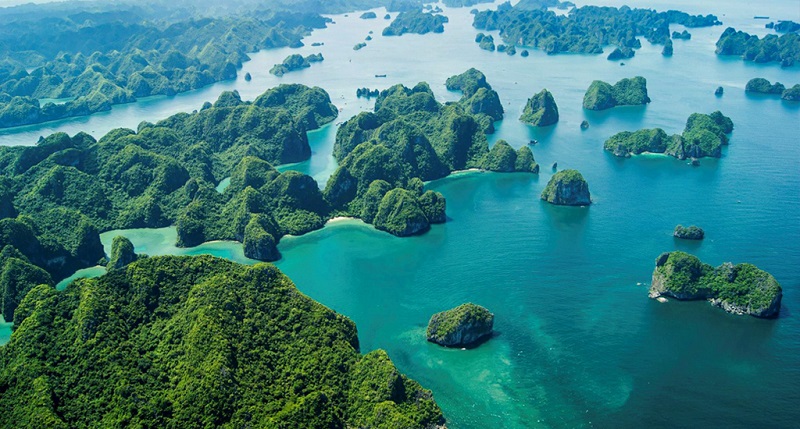 Halong Bay covers the area of about 1533km2, having 1600 islands of limestone and islets. The majority of limestone islands emerged from the sea are a result of complex geological processes taking over 500 million years, from the earth’s movements, sea regression, down-warping tectonics. Each island has various size and shapes very likely. In addition, Halong bay has a number of beautiful cave associated with many legends such as Thien Cung cave, Dau Go cave, Sung Sot cave, Trinh Nu cave, Tam Cung cave. 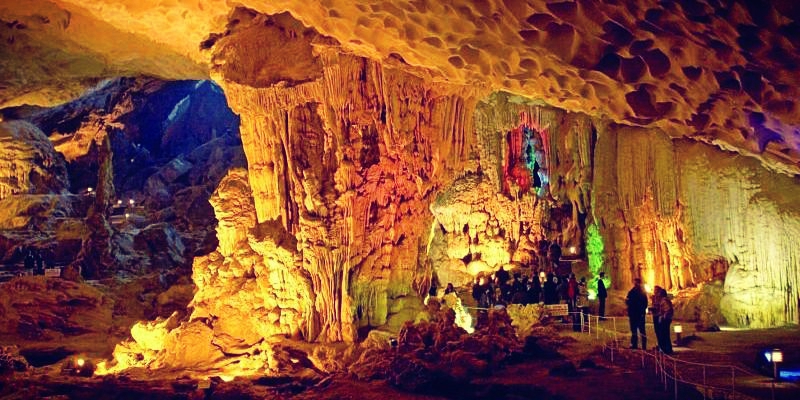 Halong bay have not only the natural caves created a million years ago but also the diversity of plant and various species. Halong bay is the residence of more than 1000 marine species, 160 identified corals. 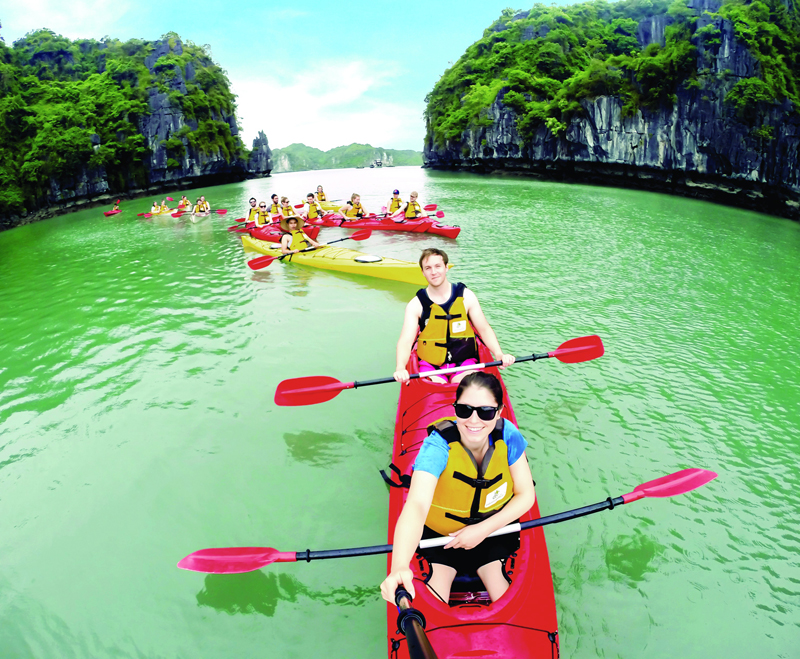 Halong bay is truly a world wonder as well as one of the most attractive destinations for visitors. It is also a place for swimming on the gorgeous pristine beaches, kayaking on the blue water, exploring the towering rocks on the islands and enjoying the fresh seafood while admiring sunrise or sunset.