Thanks to the historical and architectural value, the Ho Chi Minh complex is considered as one of the most attraction for visitors coming to Hanoi City. President Ho Chi Minh is also known with the name “uncle Ho” and the hero of Vietnamese people. He devoted the whole life to find a way of getting national independence from the invaders. In honour of his devotion and show the president’s gratitude, the government decided to build this complex. The complex consist of Ho Chi Minh mausoleum, Ba Dinh square, Ho Chi Minh museum, Ho Chi Minh Stilt’s house, the presidential palace, the one pillar pagoda. 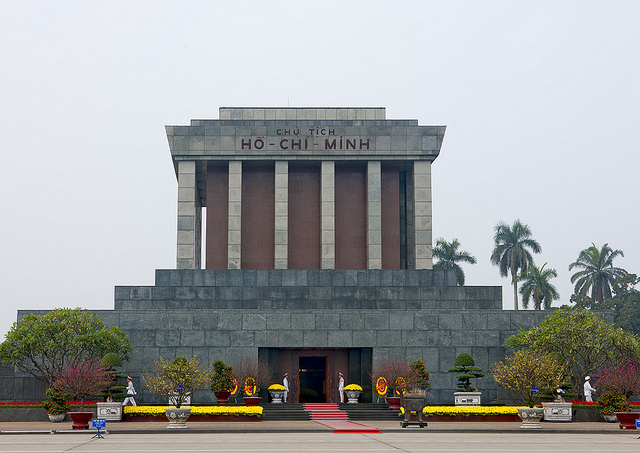 A mausoleum is a place for Vietnamese people and visitors to commemorate the merits of Ho Chi Minh uncle. His body is stored in a glass case and protected by a military honour guard at the mausoleum. The architecture of construction was inspired by Lenin’s Mausoleum and also the result of the creative work of both two countries: Vietnam, Russia.

When passing the Ba Dinh Square, you can see the words “President Ho Chi Minh” grafted with crimson gems on the top of the Mausoleum. The building consists of three layers with a height of 21.6 meters. The lower layer is a step level. The middle layer is the central structure of the mausoleum including the corpse room, the corridor, the stairs up and down. The top layer is the roof of the building stylized with blooming lotus.

All the materials creating the building were contributed by people from over the country to show infinite gratitude for the Uncle “Ho”. 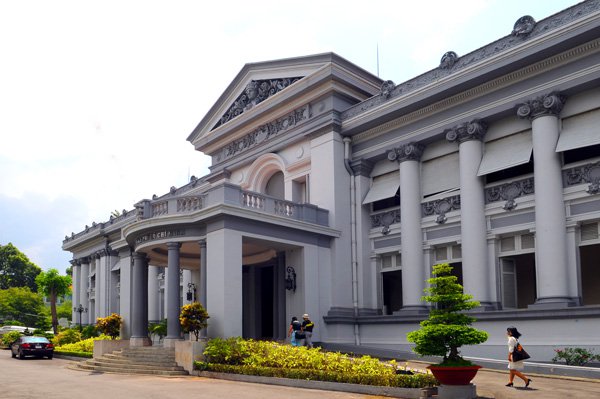 The museum was inaugurated on May 19, 1990, on the 100th anniversary of President Ho Chi Minh's birthday – known as "the hero of national liberation”. With nearly 4000m2, the area stores more than 2000 documents, artifacts and images reflecting the life and career of President Ho Chi Minh that associated with important historical events of Vietnam and the world. The museum also has an exhibition area, archives, thematic libraries, large halls, small and medium-sized halls for sightseeing, research, scientific and cultural activities. Since opening, the Museum has welcomed millions of visitors.

The One Pillar Pagoda - The Most Unique Architecture in Asia. 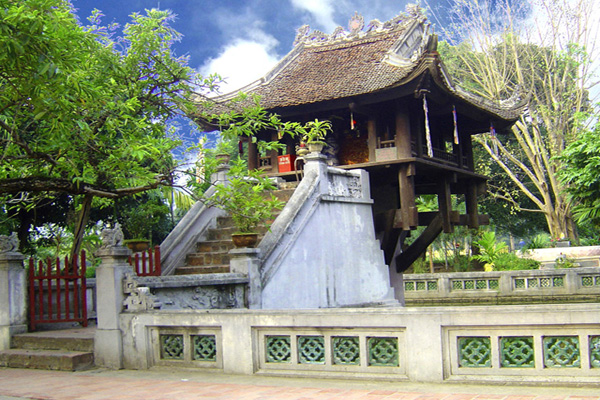 The One Pillar Pagoda is located in Ho Chi Minh complex, considered as the oldest pagodas in Vietnam. The One Pillar Pagoda was built following a dream of King Ly Thai Tong. He met the “Quan The Am Bo Tat” – the Godness of Mercy holding the baby son on the lotus flower. After that, he had a male child.

One Pillar Pagoda is an outstanding architecture showing the nationalism. The temple is shaped like a lotus flower blooming on the water - a flower symbolizing the purity. Therefore, The One Pillar pagoda was also called with the name “Lien Hoa Dai”. The building put on the stone pillar in the middle of the pond. On the top of columns have a statue of Guan Yin Buddha sitting a lotus. This architecture refers to a type of Buddhist structure. Furthermore, the construction was rebuilt several times and now it becomes a symbol of thousand-year culture Hanoi. 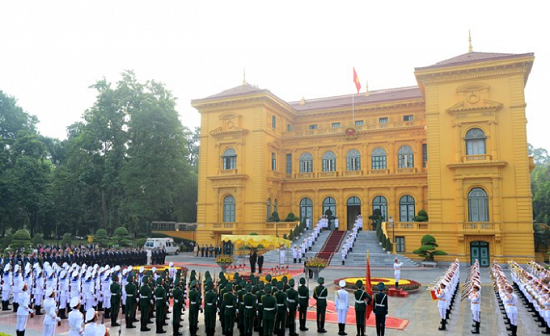 The presidential palace is a luxurious building with a yellow cover and three storeys. This Renaissance-style building was built in the early 20th century designed by French – German architect Style and its colonial French architectural style. There are over 30 rooms with unique decoration. During the French colonial, the building was the palace for the Governor-General of Indochina. After gaining a victory against the French, the building was used for an official reception. Ho Chi Minh president celebrated a meeting of the Government Council to decide major and important issues of the country.