Coming to the question about the iconic destination in Ho Chi Minh that shows the victory of the Vietnam war, the answer might always be an Independence Palace. Thanks to its historical significance, the palace has become one of the most attractive sights for both locals and visitors to Ho Chi Minh City. 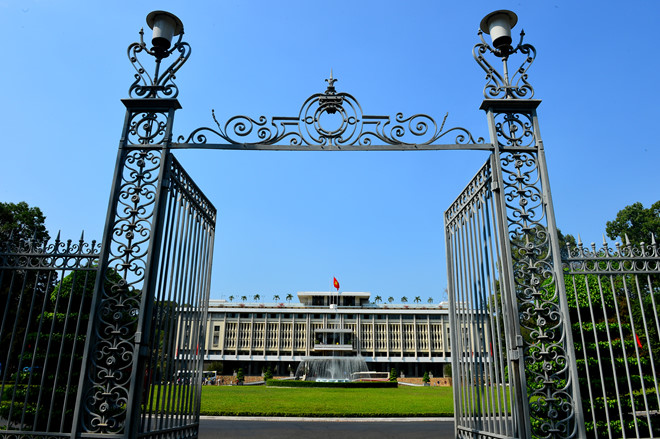 Independence Palace is also known as Reunification Palace. The current Reunification Palace that we see today was built on the ground of the Norodom Palace. It symbolizes the traditional philosophy, eastern rituals and personalities of the Vietnamese nation in a harmonious combination with modern architectures. Independence Palace was designed by the Vietnamese architect Ngo Viet Thu.

Independence Palace was built under the dictatorial regime of Ngo Dinh Diem with its particular architecture. Ngo Dinh Diem intended to build a large and magnificent presidential palace in Southeast Asia, both as a mansion and as a residence and a working place, receiving guests and being a solid defensive structure to protect the defense. Architecturally, Architect Ngo Viet Thu showed his talent to design a mansion for a Head of State combining modern architecture with traditional architectures.

The palace is 26 m high, located in a tree-lined precinct. In the mid-1960s, this was the largest project in the South and had the highest construction cost (150,000 kilograms of gold). The basement withstands bombardment of large bombs and artillery. The façade of the palace is stylized with the decoration of bamboo blinds, which mimic the style of the Vietnamese blinds and the patterns of ancient temples in Vietnam. The rooms are decorated with many lacquer paintings, oil paintings. 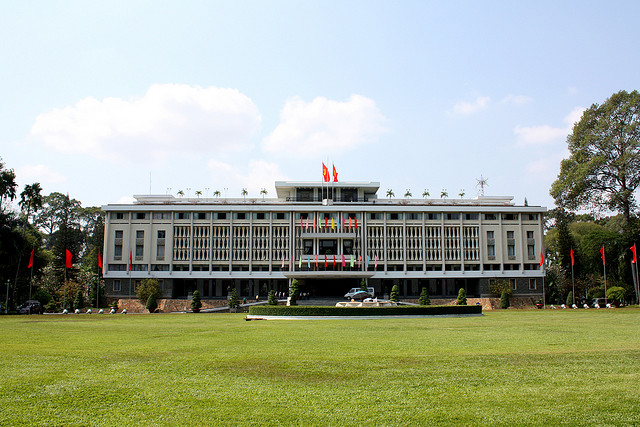 According to relics ranking records, Independence Palace is a particularly important historical evidence where many big historical events took place and witnessed, directly affecting the historical process of the country. Due to the special position of this place, the relic has been repeatedly invested in construction, embellishment and became a perfect construction - the product of a harmonious combination of architecture and landscape, the environment of the surrounding area.