Ngu Hanh Son (Marble Mountains) are the beautiful natural landscape and one of the sacred destination for both locals and visitor to worship and enjoy spectacular views of the mountains, beaches. It located in Ngu Hanh Son district, being far about 11km the southeast of Da Nang.

Being far about 11km from Danang centre to the southeast, the Marble Mountains is a cluster of five separated limestone mountains lying near the sea, named after five basic elements: Water, Earth, Wood, Fire and Metal. According to the legend, a giant dragon rose out of the sea and deposited her egg on the land. Then, the egg grew to a massive site and hatched leaving its pieces behind to form the five marble mountains. Finally, King Minh Mang used the name of five elements that create the universe to call five mountains. The number five is extremely important in thinking and eastern life.

Among the five mountains, the water mountain is the highest and the most beautiful landscape. Furthermore, one of the most outstanding features is that there are a large number of pagoda dating from the 17th century such as Tam Thai and Linh Ung Pagoda. 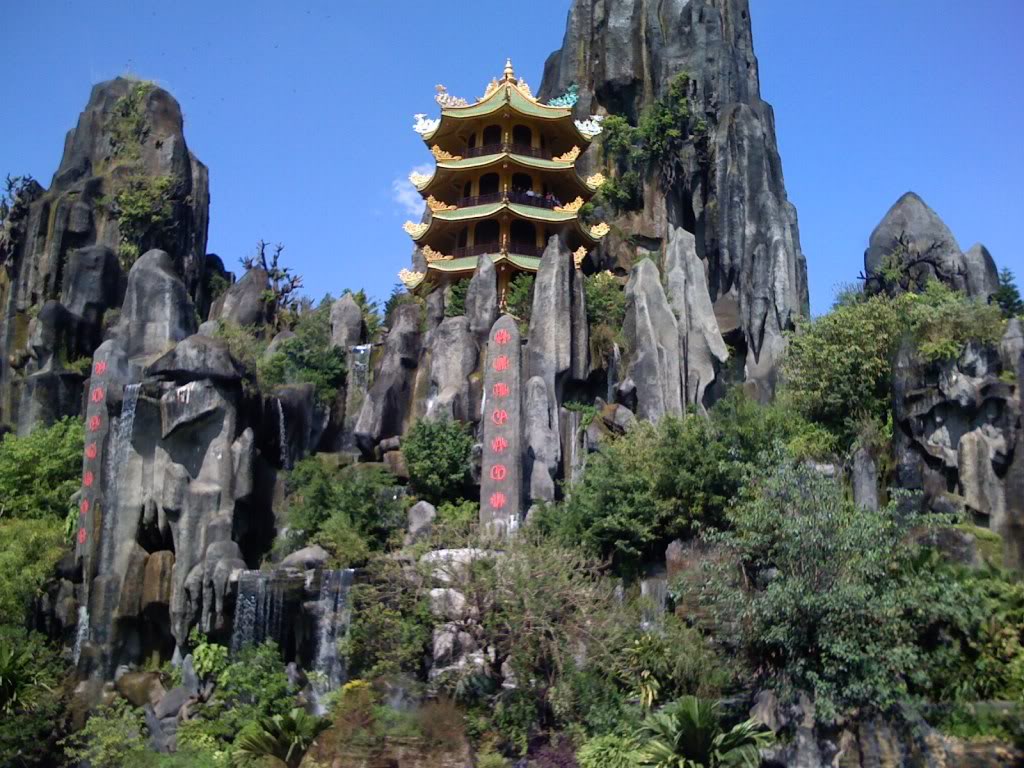 The interesting thing to note that it takes an hour climbing up the mountain to visit caves and pagodas, visitors only need to step out a few hundred meters to admire picturesque beaches with white sands and blue water. At the top, you‘ll be rewarded with magnificent 360-degree views of other mountains, Da Nang, the river and the sea. 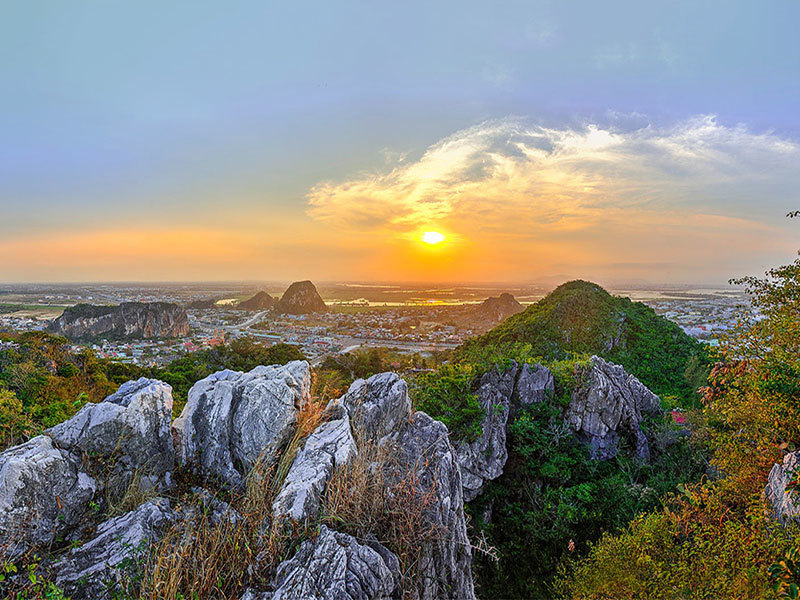 Besides the beauty and outstanding values of Ngu Hanh Son landscape, there is an extremely valuable natural stone. The stone is mainly marble, with many veins and different colours such as pink stone in Thuy Son (Water Mountain ); white stone in Moc Son (Wood Mountain); red stone in Hoa Son (Fire Mountain); and a brownstone in Tho Son (Earth Mountain). 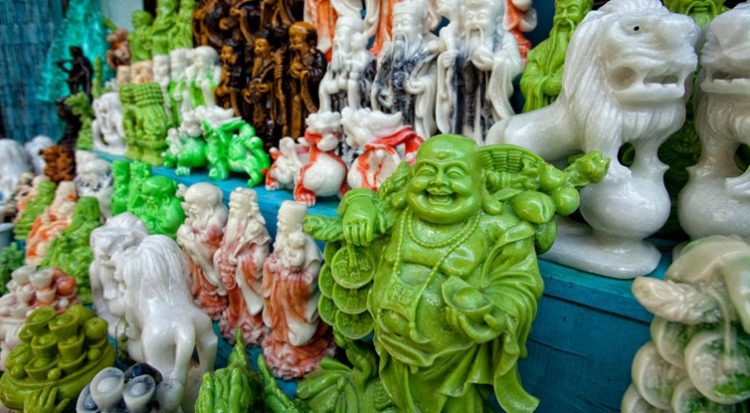 Due to this rich source of stone, the craft of making stone art here is very flourishing, the stone carving village located at the foot of the Marble Mountain. The village was renowned for carving stone into works of art. You can be easy to buy some special products as a gift for friends or relatives.