My Son Sanctuary - The UNESCO World Heritage Site in Vietnam 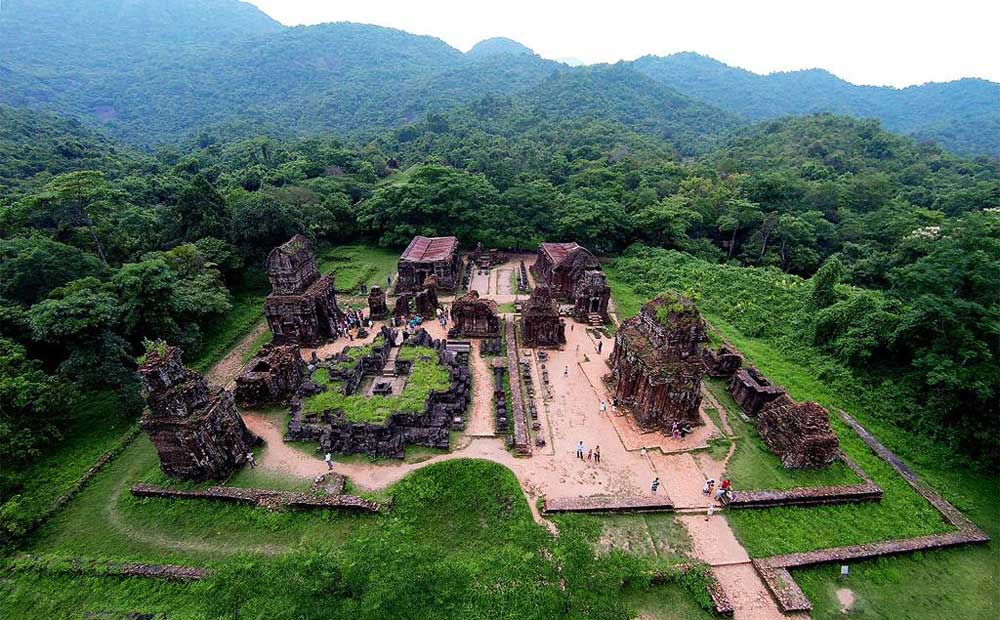 The History of My Son Sanctuary

My Son Sanctuary probably began construction in the 4th Century which is not only the religious ceremony site but also the burial ground of kings and mandarins. The earliest relics date back from the era of King Bhadravarman I (381-413). The king built the sanctuary to dedicate Linga and Shiva – considered the protector of the Champa’s Kings. The architecture of My Son Sanctuary has great influence from India represented in ancient Sanskrit inscriptions on the steles

Although the tombs date from the 4th to the 13th Centuries the excavation results shown that Cham kings had been buried on the site from the 4th Century. The Sanctuary includes 70 structures has become the religious and cultural centre of Champa Kingdoms. 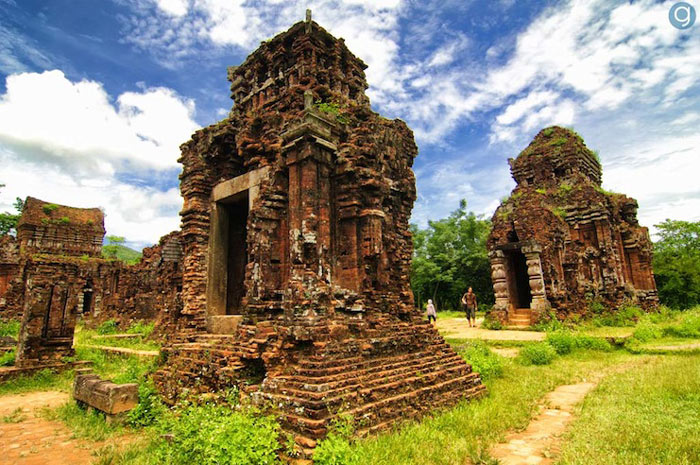 In My Son Sanctuary, there is one temple had been made from stone – the only stone temple of Cham relics. Nowadays, the temple has been devastated due to the consequence of the Vietnam War but its foundations show it over 30 meters high and the highest temple of this holy place.

In My Son Sanctuary, the tower temples follow a pattern:

+ Central temple is called “Kalan” and a wide range of smaller stupas (Gopura) facing east and west encircle it.

+ In front of the stupas is a longhouse with long slender roofs where pilgrims to rest and offerings before practising the rite, called Mandapa. Mandapa consists of many windows and two doors always open facing two directions of east and west. In the hallway, worshipers conduct procedures to clean the dusting and pray before entering Kalan to perform the rituals. 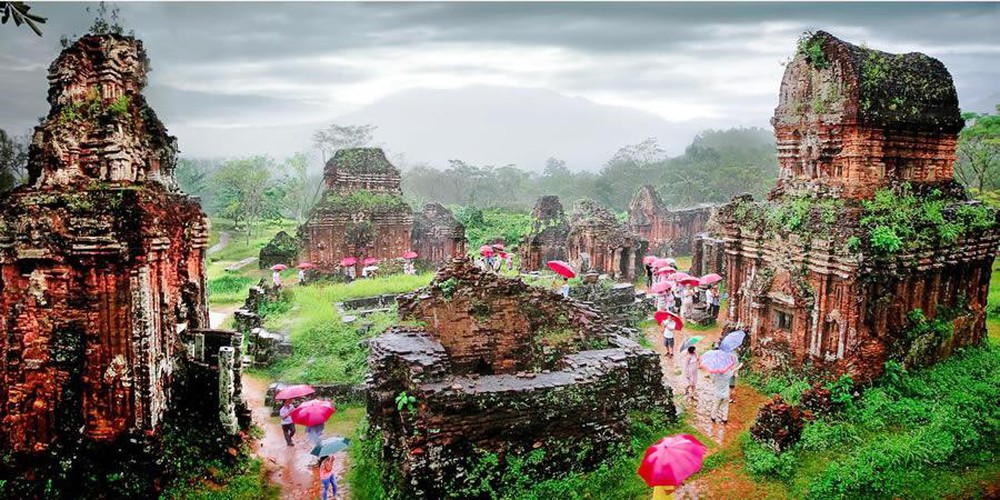 The monuments of My Son Sanctuary are the most important constructions of the Champa civilization. Besides, the ancient people were praised as the “master of the brick building art”. There are a large number of secrets about Cham engineering skills to build this temple without any mortar and adhesives.

The value of the monuments is also expressed through sculpture, reliefs on bricks, on rocks with vivid images of the gods, monks, dancers, flowers. Although the war destroyed a majority of temples into the ruins, the architectural remains today are still a masterpiece marking a splendid time of Champa architectural culture as well as Southeast Asia.