As one of the famous tourist destinations in Nha Trang, Ponagar Towers are located on a beautiful hill next to the Cai River, about 2 km north of the city centre. 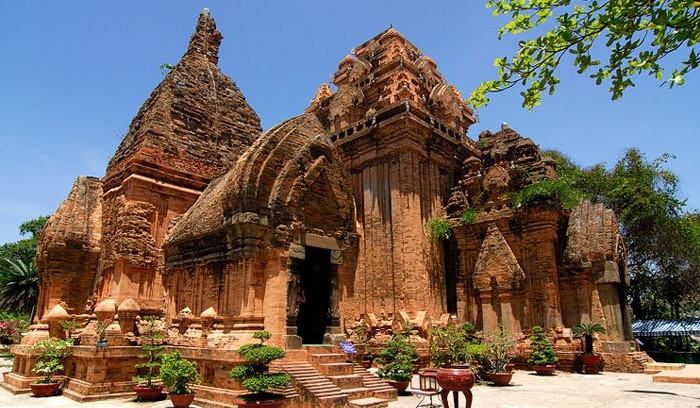 Po Nagar Cham Tower relic is one of the largest architectural complexes in a Cham Pa culture remaining in central Vietnam dated back from 7th to 12th century during the prosperity of Hinduism in the ancient Kingdom of Cham.

Po Nagar Cham Towers were constructed to honour Yang Ino Po Nagar (the goddess Po Nagar) who is said to have taught new agricultural and weaving techniques to the Cham people.

The first floor was known as a gate tower which was devastated into ruin and leading to the middle floor.

The middle floor was called Mandapa (guest house) for pilgrims to rest and prepare offerings, costumes before practising the rite.

The third floor has four towers. There are a large number of secrets about the Cham people's technique of placing bricks together without any kind of mortar or adhesive. With 23m high, Po Nagar Tower is the highest one in the complex with a statue made of black granite sitting on a lotus-shaped stone. This is not only the masterpiece of the Champa sculpture but also the harmonious combination between the sculpture and embossing techniques. 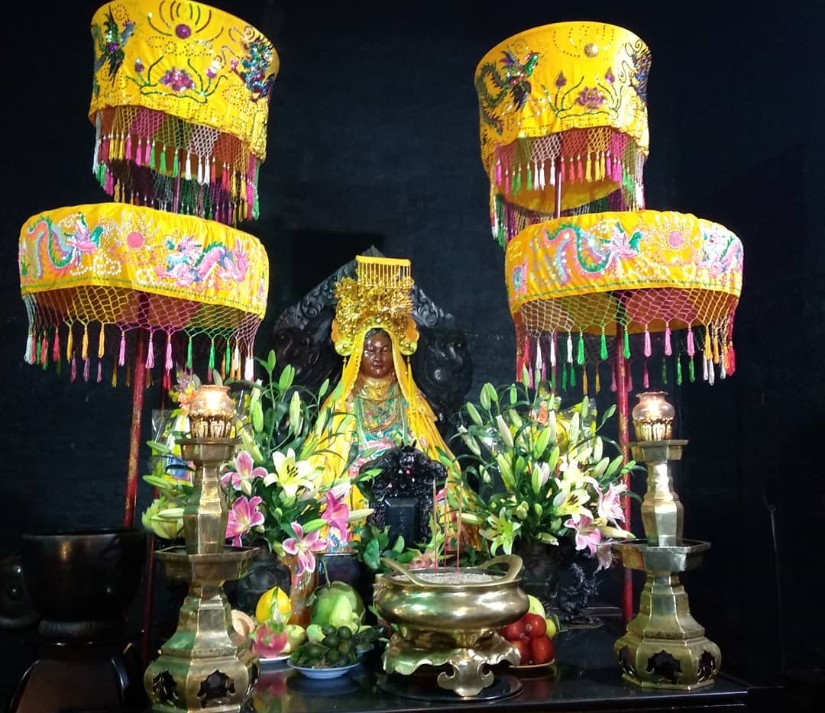 The Festival of Ponagar Cham Towers

Ponagar Festival and the legendary dances which bring spiritual meaning to the Cham Pa people is the massive festival for Khanh Hoa residents. Every year from March 20th to the 23rd according to the lunar calendar, Ponagar Festival which is solemnly held with the abundant and diverse activities to introduce and honour the beauty of cham culture has been recognized as one of the 16 national festivals. During the festival, a wide range of religious rites and ceremonies are held to pray for happiness, fortune and prosperity. 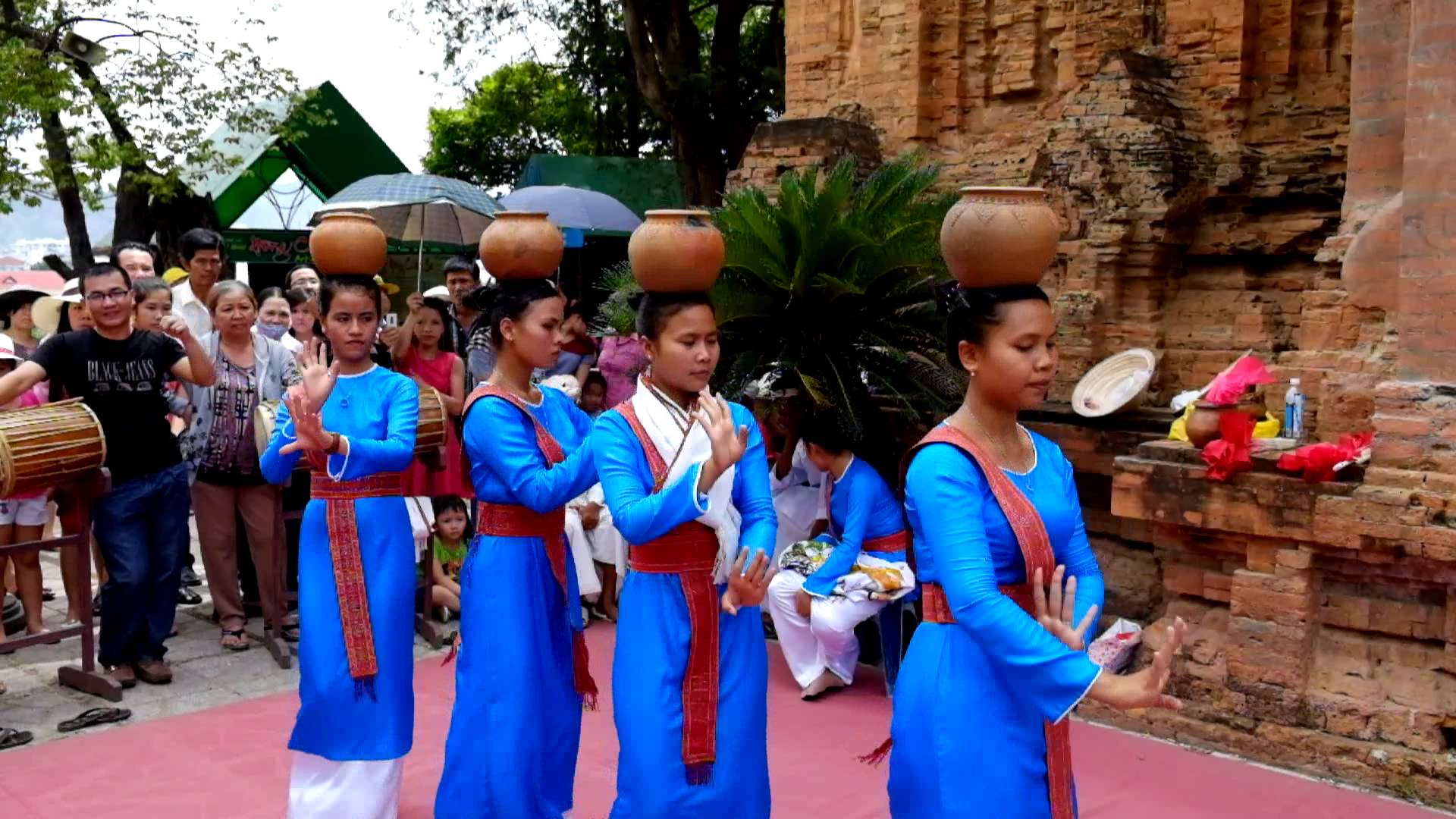 During the process of existence and development, the ancient inhabitants of Champa have left a huge number of both cultural and spiritual heritages along Central highlands. The Ponagar Cham tower is a typical achievement of building temple architecture, the sculpture, and the clear evidence to the great influence of Hinduism to Cham People and Viet people later.