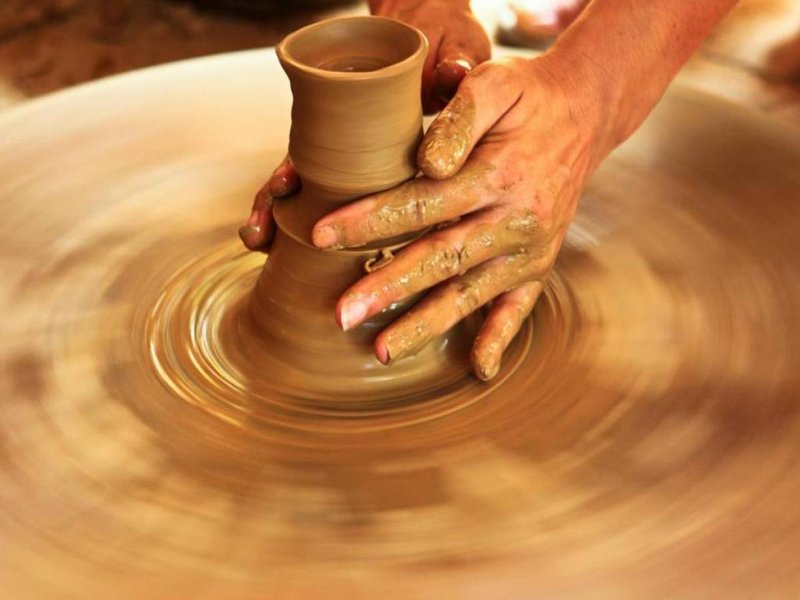 Bat Trang village is one of the famous and long-standing traditional handicraft villages in Vietnam. In just one day, you will have the opportunity to explore the remarkable destinations in Hanoi, Vietnam such as the Ho Chi Minh Complex, Hoan Kiem Lake, Ngoc Son Temple, The Hanoi Old Quarter as well as know the process of making the ceramic and the lifestyle of the indigenous. 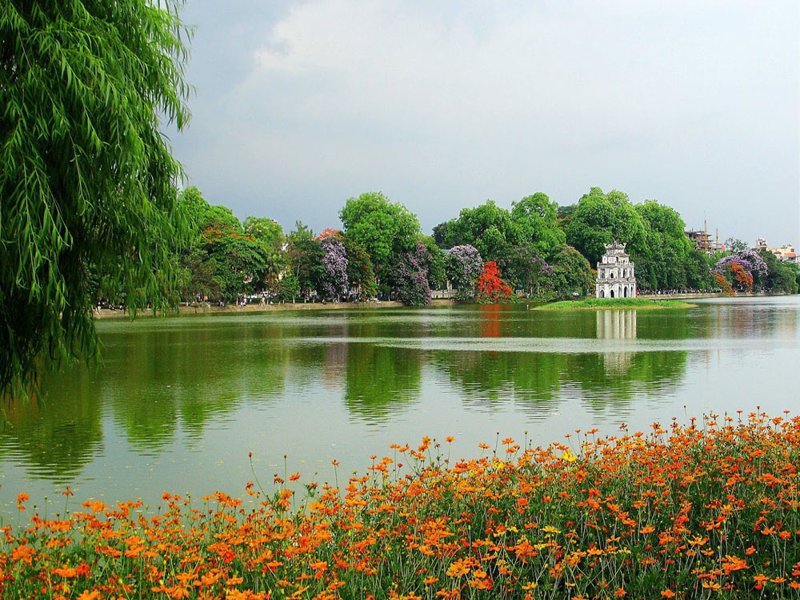 See the very best of Hanoi in just one day. You have the opportunity to explore the remarkable destinations in Hanoi, Vietnam such as the Ho Chi Minh Complex, Hoan Kiem Lake, Ngoc Son Temple, The Hanoi Old Quarter as well as know the history and lifestyle of the indigenous. 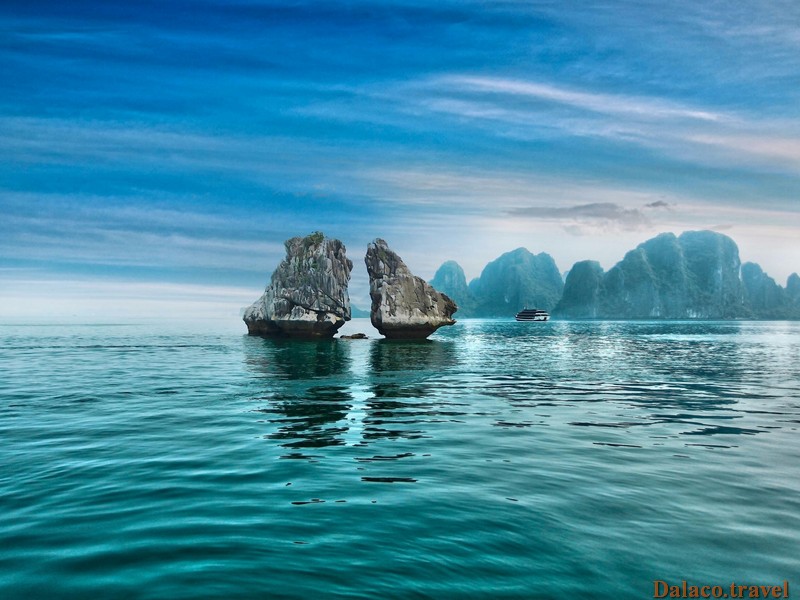 Cu Chi, which is about 30km from the north-west of Ho Chi Minh City to visit an incredible underground tunnel network constructed by Vietnamese fighters during the long struggle for independence. Cu Chi tunnels were used as the base from which the Vietnamese mounted their operations of the Tet Offensive in 1968. The Cu Chi tunnels consist of more than 200km of underground tunnels. This main axis system has many branches connecting to underground hideouts, shelters, and entrances to other tunnels, the tunnels are between 0.5 to 1m wide, just enough for a person to crawl along. Later on, Proceed to Tay Ninh, the head quarter of Cao Dai region founded on 1926. On arrival we attend the fantastic mid-day mass when the followers fill the hall wearing colored robes, a symbol of the curious combination of the Confucianism, Taoism, Christianity and Buddhism. Overnight in Ho Chi Minh City. 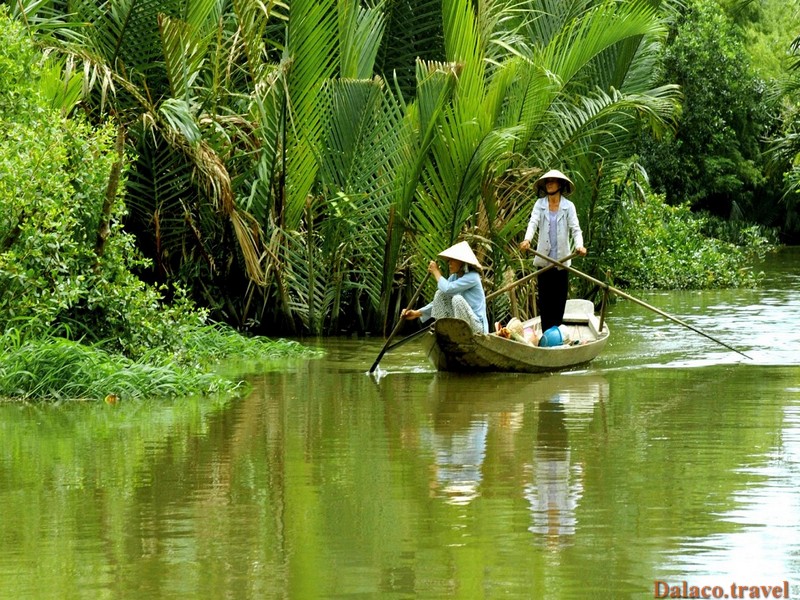 Luang Prabang, the centre of religious life in Laos and today the World Heritage City. We take a sightseeing tour of the sacred city of temples, of which nearly fifty temples still remain in the town and surrounding areas. Visit Wat Visoun, the 16th-century temple served as a small museum for religious artefacts; Wat Aham, the early 19th-century temple, whose two guardian figures at the foot of the steps which represent two characters from the Ramayana - Hanuman, the Monkey God and a fierce Yaksa; Wat Xiengthong, the 16th-century temple which, more than any temples in Luang Prabang, epitomizes all the elegance and grace of Luang Prabang architecture; Phousi Hill, the 328 steps leads to the summit of Phousi hill that dominates the skyline of Luang Prabang overlooking the finest panoramic view in the whole Luang Prabang. 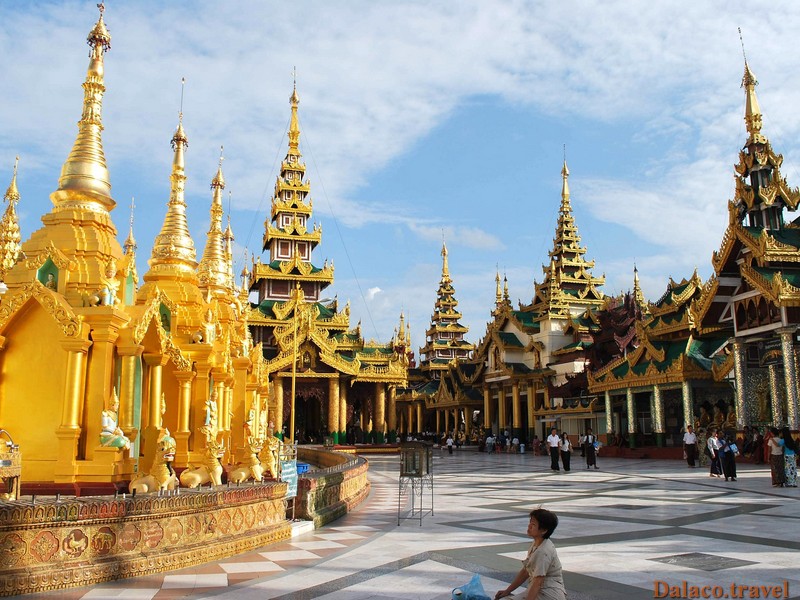 8-day Indochina tour is designed for you in Northern Vietnam and Laos. Linking the capitals of both Vietnam and Laos, Halong Bay – Vietnam’s World Natural Heritage and Luang Prabang – Laos’ World Cultural Heritage together, the itinerary is a perfect getaway for both nature and sports lovers who appreciate spectacular Karst scenery, beautiful landscapes, pristine environments and enjoy a laid-back lifestyle as well. 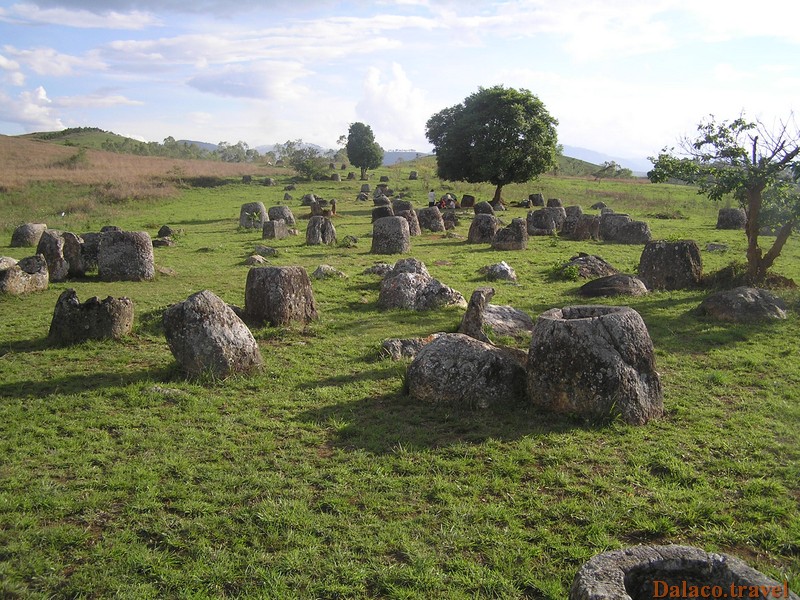 We will visit Ho Chi Minh Mausoleum and the Temple of Literature, the first University of Vietnam built-in 1076. Then we will visit the army Museum where we have an insight into the war: French War and American War, the former culminated in the final decisive battle Dien Bien Phu. 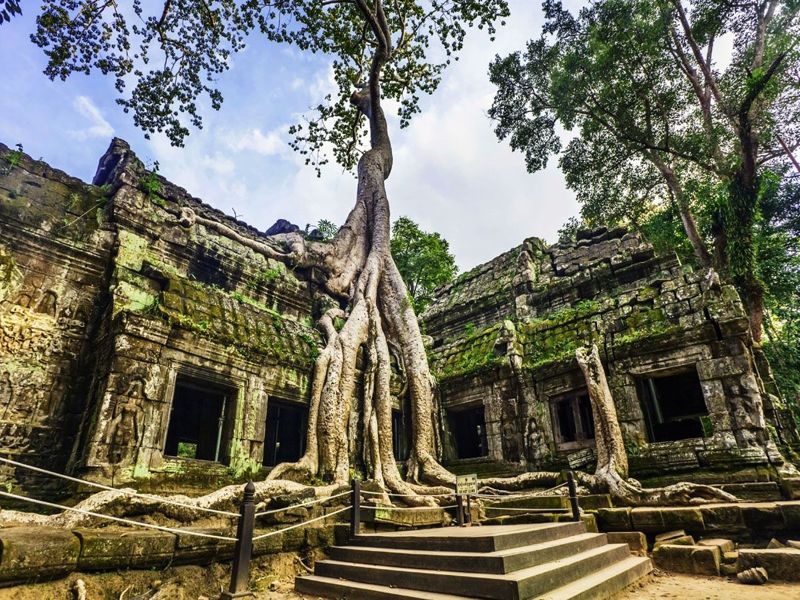 Hanoi is the capital of Vietnam, the only Asian city with tree-lined boulevards, French colonial architecture, peaceful lakes and oriental temples. 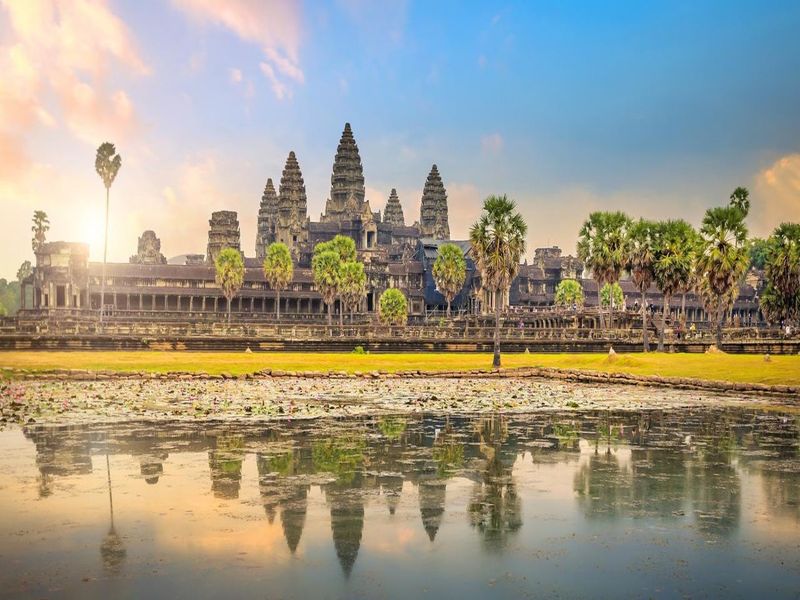 Cambodia is one of the most famous destinations in Southeast Asia with a wide range of magnificent places such as the Angkor complex, Royal Palace, Silver Pagoda. On this 5-day interesting journey travelling through Ho Chi Minh, Mekong Delta and Cambodia will give you unforgettable memories and more understanding the local lifestyle. 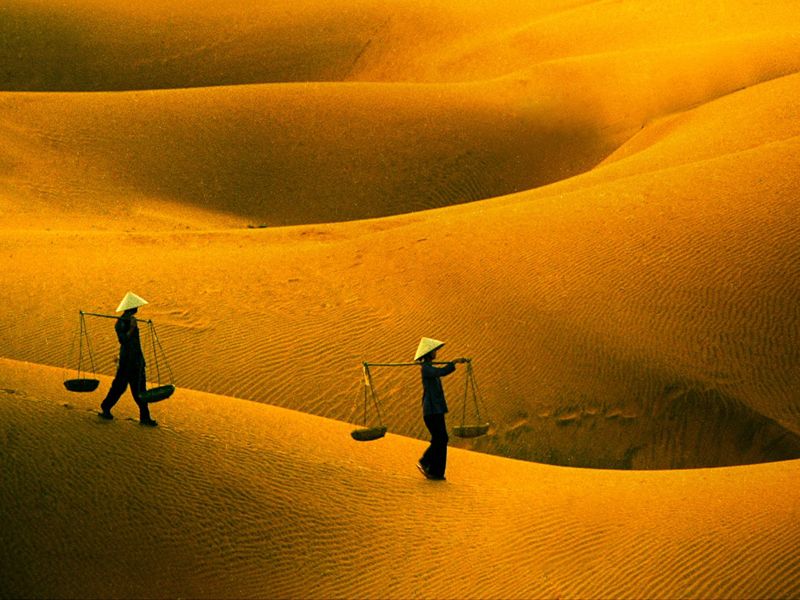 Mui Ne is a coastal town in southeastern Vietnam. It is famous for spectacular red and white sand dunes, a variety of water sports. This tour will give you a chance to wander through the gorgeous sand dunes and visit the major highlight of Dalat as well as Ho Chi Minh city with full of activities. 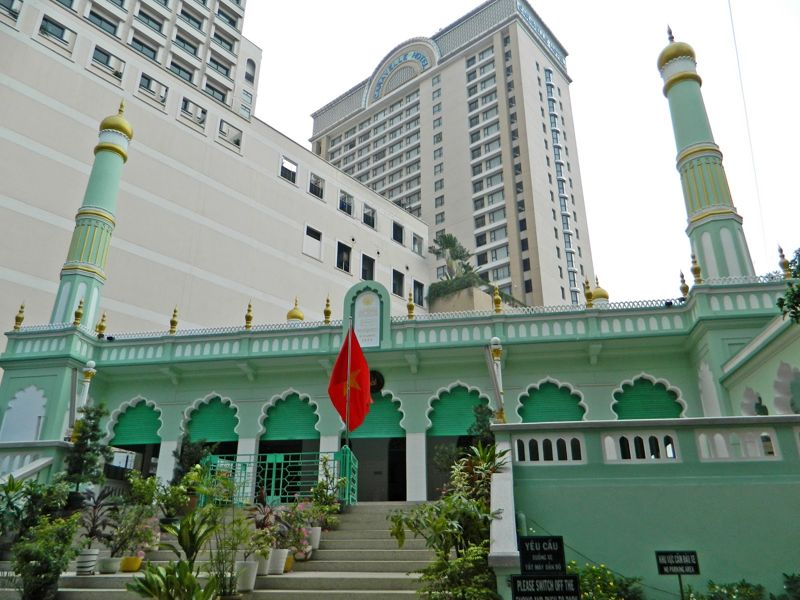 Ho Chi Minh city is a bustling city in Vietnam with a large number of the mosque. This Muslim tour will give you a chance to admire the enchanting and remarkable mosque in Vietnam such as Masjid Al Rahim, Masjid Jamja Al Musulam as well as the iconic destinations including the centre post office, Ben Thanh Market, the underground system - Cu Chi Tunnels. 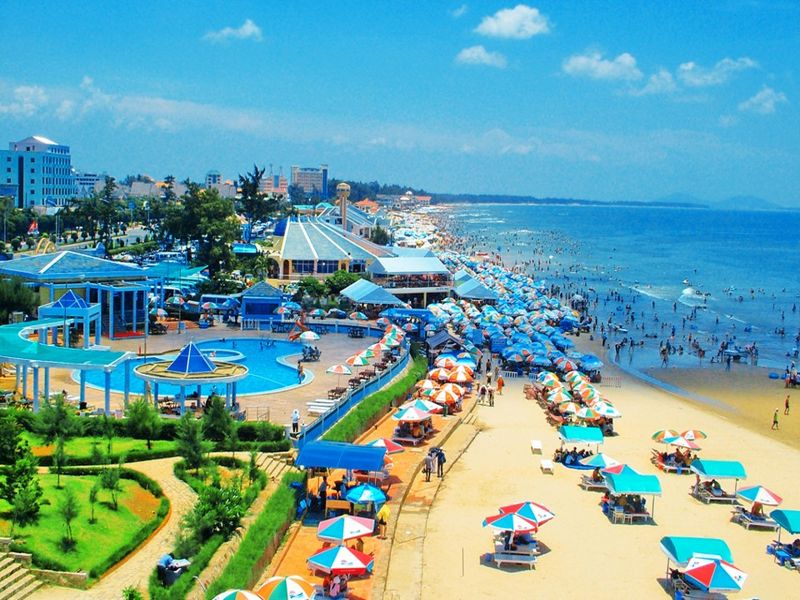 Visit three of the country’s most fascinating destinations including Ho Chi Minh city, Vung Tau and Mekong delta. Start your excursion with the symbol places such as the centre post office, Independence Palace, Ben Thanh Market and underground systems - Cu Chi Tunnels and immerse in the pristine beaches in Vung Tau as well as enjoy a boat cruise along with the floating market in Mekong delta. 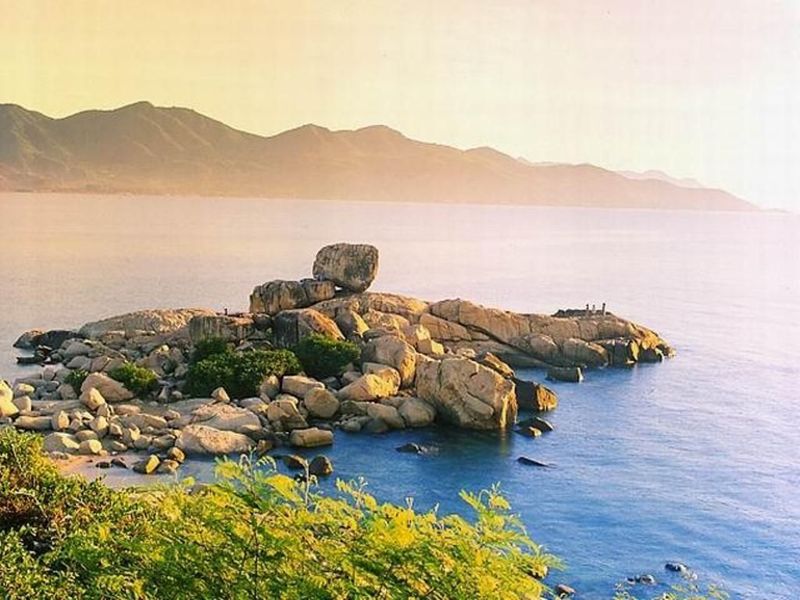 Dalat is known as the city of flowers with a cool climate and its highlight of the fresh air, the beautiful waterfalls and gorgeous lakes. This tour starts from the iconic destinations in Ho Chi Minh City such as Ben Thanh Market, Notre Dame Cathedral, The centre post office to the stunning waterfalls and interesting destinations in Dalat, gorgeous beaches in Nha Trang.