The Dragon Bridge in Da Nang

Thanks to its unique architecture and special significance, Dragon Bridge has become one of the 30 most impressive bridges in the world. 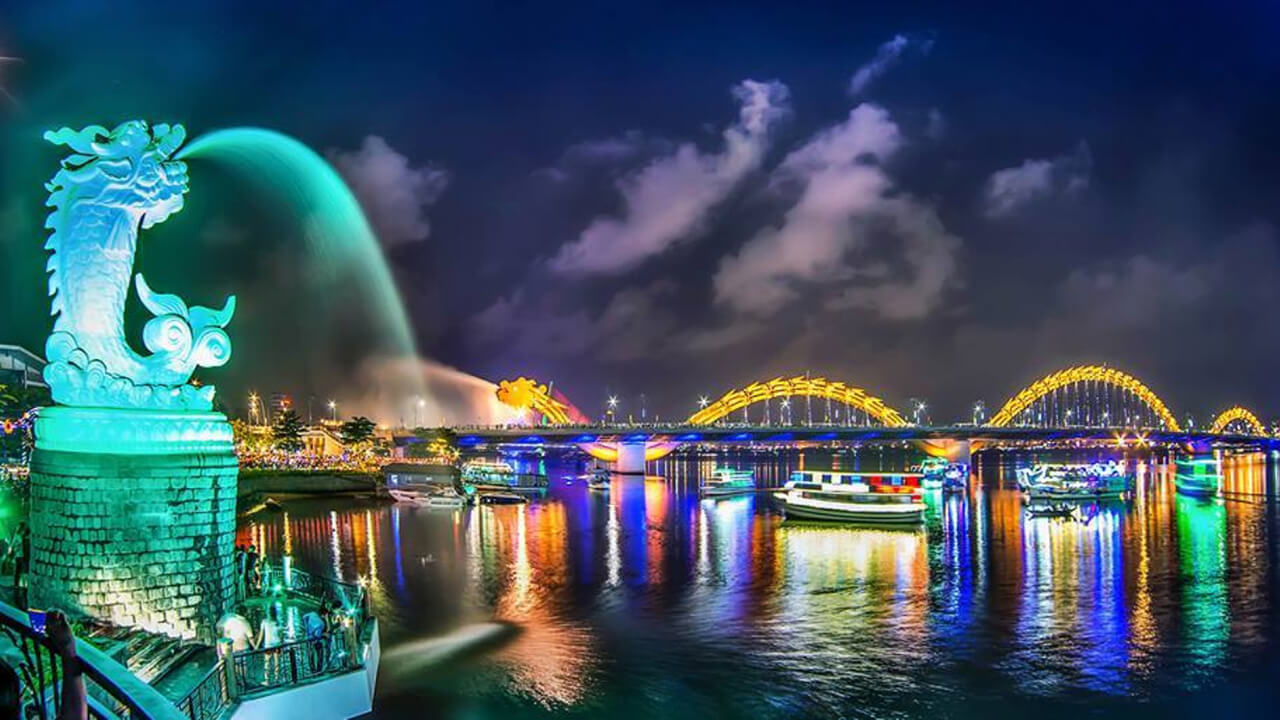 The bridge spanning the Han River is becoming a highlight of Danang with its shape like a golden dragon. According to local beliefs, which date back to the Ly Dynasty, the dragon is a significant symbol of power, nobility and good fortune.

This is the first single steel arch bridge in Southeast Asia and opened to traffic on the 38th anniversary of the liberation of Danang. Dragon Bridge was started construction in July 2009 at a cost of nearly VND 1,700 billion. One of the most outstanding features is that Dragon Bridge is 666m long, 37.5m wide and has six lanes for traffic. Besides, its arches are illuminated with LED lighting in the dark and every weekend. The bridge was built quite elaborately when equipped with a lighting system with a total of 15,000 LED lights.

The Dragon Bridge links the Danang International Airport to the main roads in the city centre as well as becomes a unique attraction. It is interesting to note that the bridge can breathe fire and water. Because the dragon can breathe fire on the bridge in the next two minutes and three minutes of water spray, the bridge has become an impressive feature, unique architecture and attractive in Danang. Remarkably, in one night the bridge consumed 54-81 litres of oil and 2kWh electricity for spitfire and need 20m3 of water and electricity 40kWh for once sprayed (3 minutes). Do not miss impressive perform at 21:00 on the evening Saturday, Sunday weekly and holiday.