The War Remnants Museum is a war museum 28 Vo Van Tan street, District 3, Ho Chi Minh city which has collected and preserved the document, artifacts related to the Vietnam War.

The Museum launched on 4, September 1975 with the name “US Crime- Wei Exhibition Hall”. 20 years later, it has renamed the War Remnants Museum.

There is no doubt that a large number of Vietnamese people has died in the Vietnam War. Therefore, the museum provides a great opportunity to reflect on that terrible carnage and remind the consequences of wars. 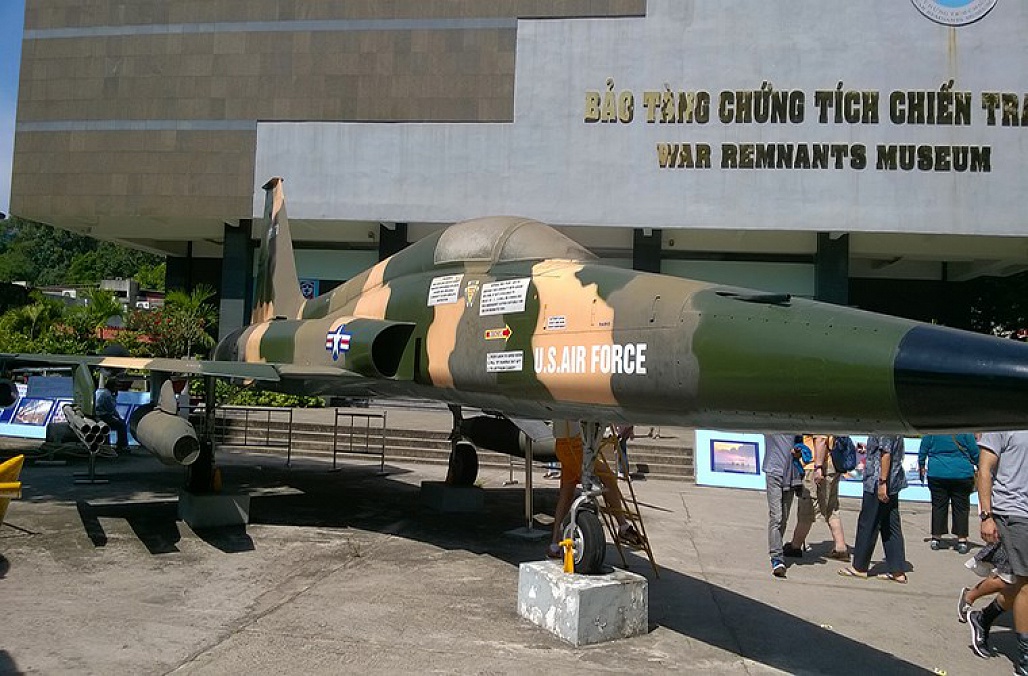 The outdoor of the building

The exterior area displays tanks, planes, a single-seater aircraft and a 6800 kg conventional bomb. One corner is devoted to the notorious prisons on Phu Quoc and Con Dao Islands with the name “The tiger cages” which are known as the most terrible torture palace for invaders against patriotic prisoners. They had to suffer the disadvantage environments such as the darkness, the humid air and only 5m2 wide.

The interior area displays more than 15,000 artifacts, pictures and thousands of documentary films about two periods of resistance against the French, the Americans consisting of 3 floors with 1 ground floor and 2 floors.

Besides, the Museum also has a stall to display and introduce the products of Vietnamese culture so that visitors can buy as souvenirs for friends and relatives.