About 5km to the west of Hue city centre, Thien Mu Pagoda is the oldest pagoda in Hue Imperial, located in Ha Khe Hill, on the bank of the Perfume River. The visitors usually come here to perform the ritual and immerse themselves in pure meditation space. 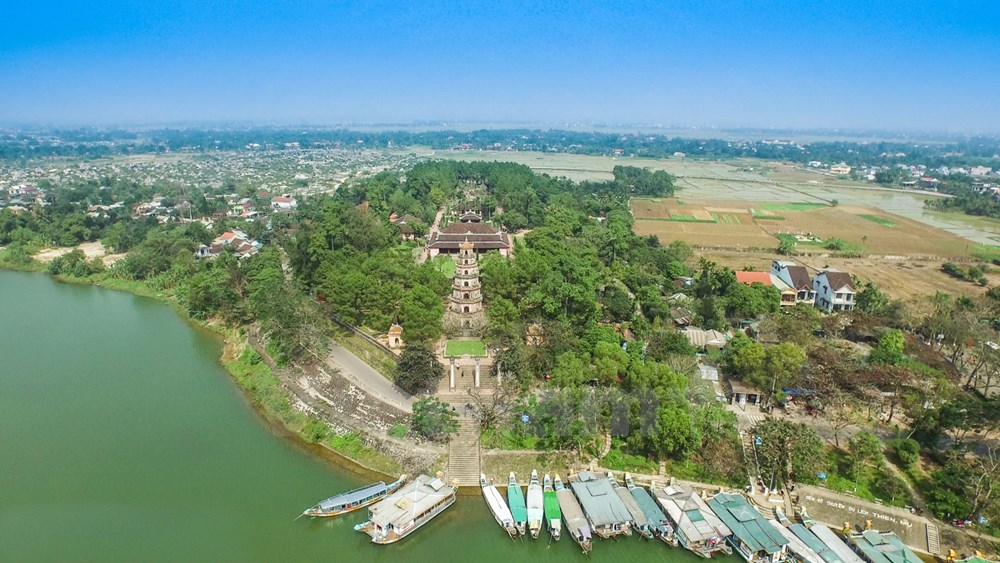 Legendary
According to the legend, when Lord Nguyen Hoang became the Governor of Thuan Hoa and Quang Nam province (in central Vietnam),he personally surveyed to find the area can settle down. One a time, while riding a horse along the banks of the Perfume River, he caught a small hill rising in the blue water, the terrain‘s shape looks like a dragon. Besides, local people said that there was often an old lady in a red shirt on the hill saying that a king would come here to build the pagoda for the prosperity of Vietnam”. Therefore, in 1601 Nguyen Hoang Lord constructed the pagoda on the hill, facing the Perfume river which was called “Thien Mu Pagoda” (heavenly Lady).

Thien Mu Pagoda has a large number of gorgeous and grand architectural works such as Dai Hung Shrine and Phuoc Duyen Tower. 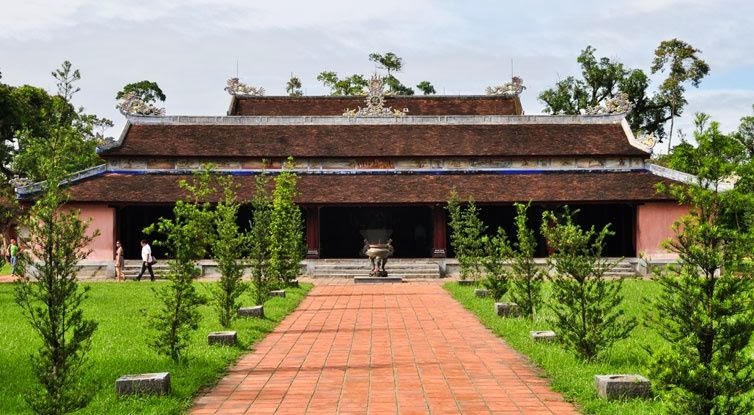 Dai Hung is the main shrine with magnificent architecture. In the shrine, beside the shining bronze Buddha statues, there is a bronze gong casting in 1677 and a gilded board adorned with inscriptions by Lord Nguyen Phuc Chu in 1714. 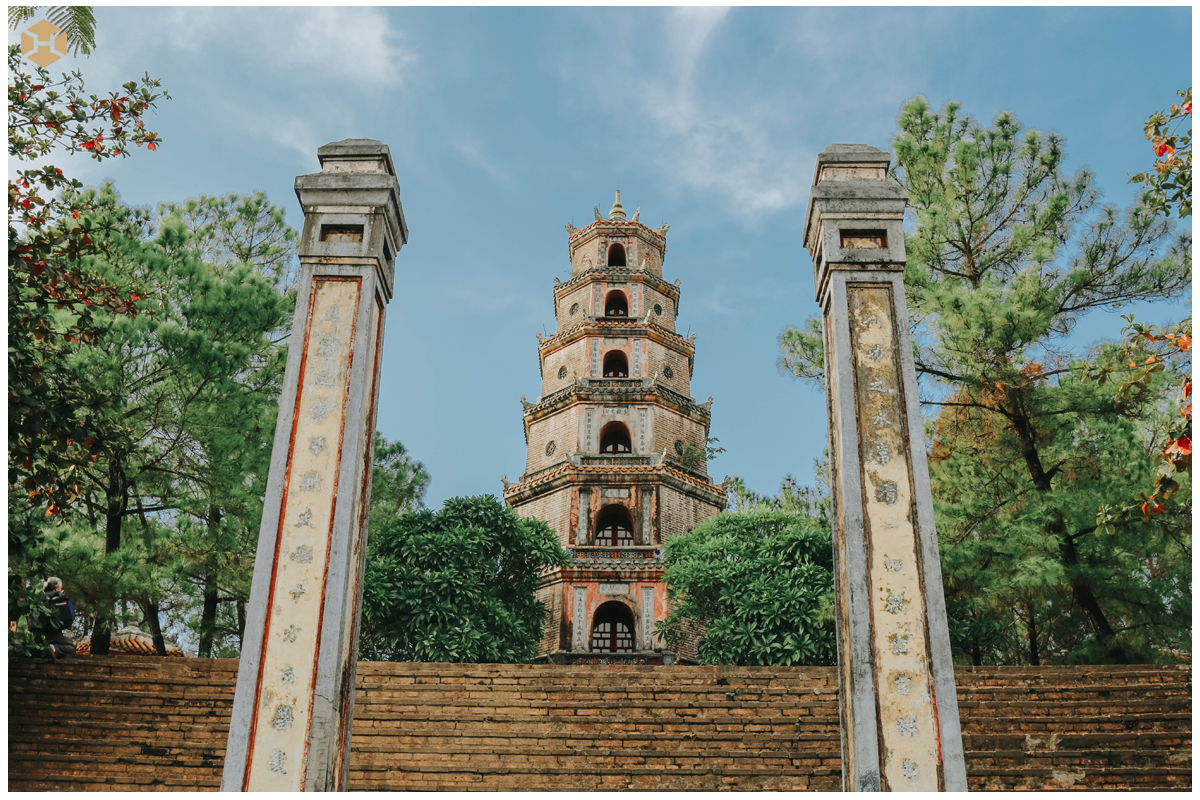 Phuoc Duyen Tower is a famous symbol of the pagoda with 21m high, 7 storeys in the middle of the temple yard. Each storey dedicates a Buddha statue. Inside the tower there is a spiral staircase leading to the top storey – previously worship a golden Buddha statue. 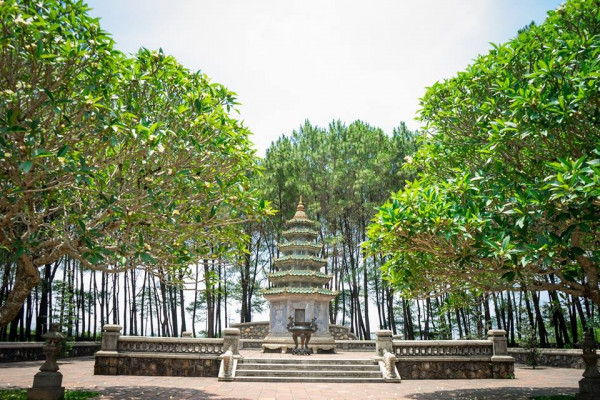 Surrounding the pagoda is the lush flower garden and the pine forest with poetic and charming scenery that was peaceful space becoming your spiritual therapy. 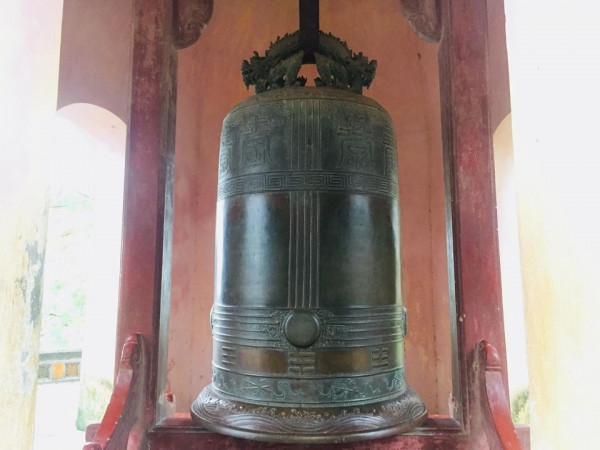 Furthermore, the pagoda also keeps a wide range of precious and historical artifacts such as the Dharmapala statues, Di Lac Buddha, the couplets marking the golden periods. The most outstanding feature is that the sound of Thien Mu Pagoda bell was considered as the soul of Hue Imperial, resounding over the Huong River flow winding its way in front of the Citadel to the sea, resonating in the hearts and minds of the people and of visitors to Hue, the ancient capital.