Tran Quoc Pagoda is one of the oldest Buddhist Temple in Hanoi, located in Ba Dinh district - Hanoi. In 2017, it was listed into the 16 most beautiful temples in the world voted by the daily mail newspaper. 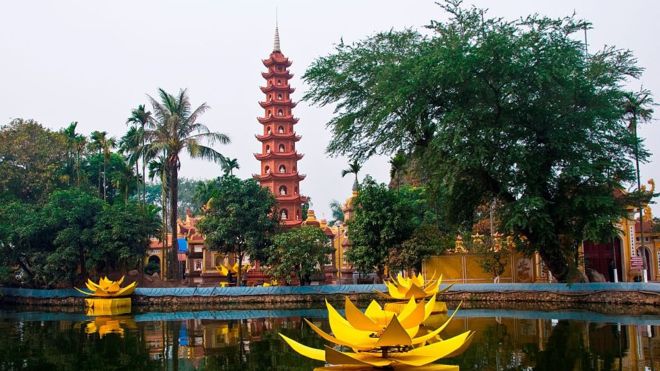 In 1639, in the reign of King Tran Tong, the temple underwent a major restoration. According to the inscriptions on the stele still extant in the temple, written by the first laureate Nguyen Xuan Chinh in 1639, ‘first were built the main building and the two-storey – gate, then the left and right corridors. The scale of the construction was a hundred times larger than previously. The architecture is solid and elaborate. The statues of Buddha are splendid among numerous shining carved columns and beams”.

Around the Chinh Hoa era (1680 – 1705) in the reign of King Le Hy Tong, the temple was once again renamed Tran Quoc. In his 1842 inspection tour made in Northern Vietnam, Emperor Thieu Tri of the Nguyen Dynasty ordered the temple ‘s name changed to Tran Bac but the people are still in the habit of calling by its familiar name Tran Quoc. 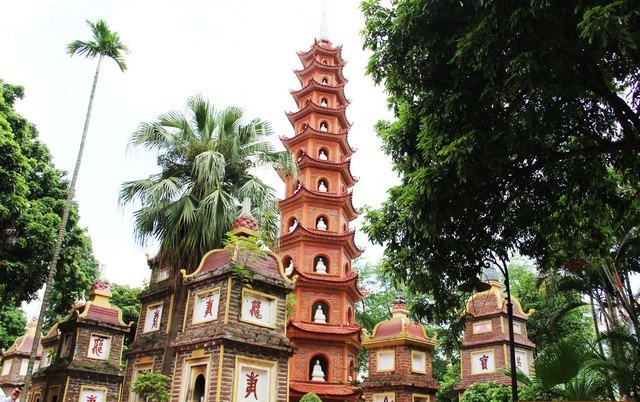 The present structure of the temple consists of three buildings, namely the Front Hall, the Incense- burninorm of Hall and the Upper Altar, link with each other in the form of the letter. There are corridors on both sides of the Incense – burning Hall and the Upper Altar. The bell tower is behind the Upper Altar. The Bronze’s house is on the right and the steles' house is on the left. Fourteen steles are still preserved to this day. Besides the stele dating back to the year 1639 mentioned above, noteworthy is another one dating from 1815 with the inscription of a text written by the scholar and author Pham Quy Thich. This stele also relates the restoration of the temple after a long time of ruin. The construction lasted three years from 1813 until 1815.

In general, the architecture and sculpture of the temple dated from the early 19th century. Many beautiful statues have been preserved, among them worthy of interest is that of Parinirvana.